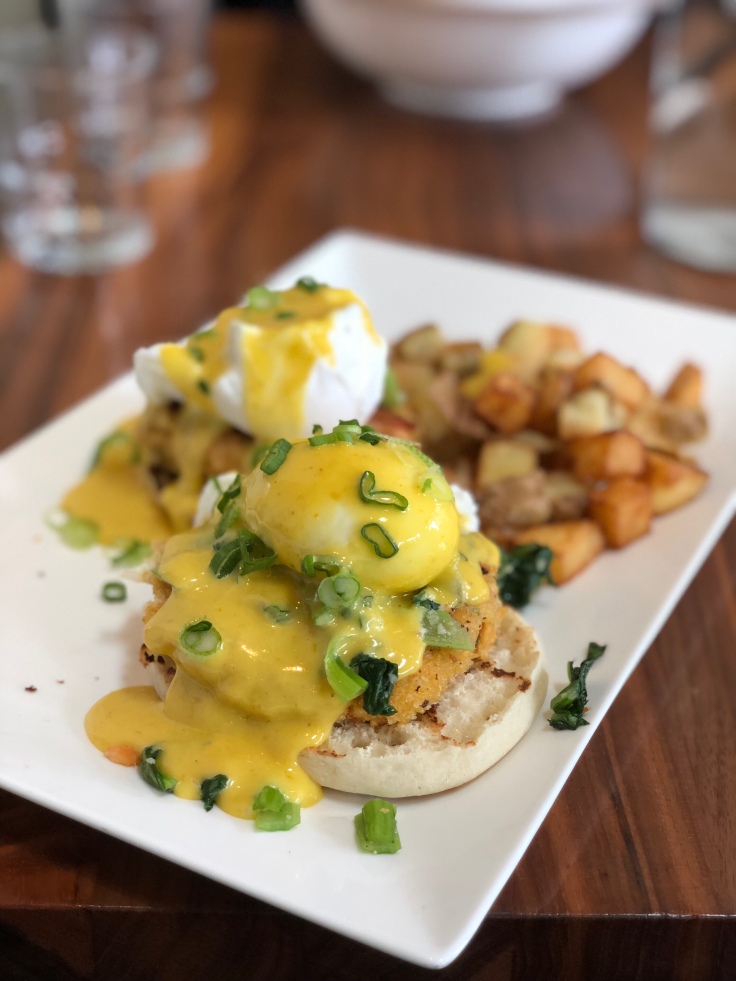 This past Saturday started like most other Saturdays. I had my somewhat regular shift at my local cat rescue & cafe in the morning. And per usual, I was running late because I couldn’t wake up. 2018 has been a year of poor sleep so far… Anyways, I didn’t have time to eat breakfast so when I got to my shift, I was both hungry and thirsty. (I was going to grab a water bottle from my trunk but alas, I realized I had forgotten it right as I was about to walk through the door).

Luckily, we had ~10 minutes of downtime before opening so I decided to go grab some food from the cafe. I ended up splurging on a chocolate croissant and a hot chocolate. I justified it to myself by saying that I’ve had a super busy week at work. And supporting the cafe indirectly also supports the rescue.

At this time, I should mention that I’m a slow eater. I definitely didn’t finish the croissant within that 10 minutes. I tried to eat throughout my shift but I felt awkward, even though I’m just a volunteer and the staff are okay with it. I didn’t end up eating most of my croissant until towards the end of my shift.

After my shift, the boyfriend & I went to Noodle Theory Provisions for lunch/brunch. We hadn’t tried it before but chose this place because Simon was craving noodle soup and the location was convenient. Simon got a beef stew noodle soup and I got a salmon cake benedict (pictured above). The benedict was interesting; it came with a Thai curry Hollandaise, which I couldn’t decide whether or not I really liked. But the yolk was like an amazing molten waterfall (lava fall?).

I don’t know what it is about runny egg yolks but man, was it nice to look at. It was too bad I ate so much of my croissant right before this. I probably would have enjoyed the dish more (and finished all of it) if I had been hungrier.

Overall, the food was decent. They’re an Asian fusion restaurant so I would probably go back at least once just to check out another one of their interesting sounding dishes. This isn’t meant to be a food review but it was too pretty not to share.

Do you guys like eggs benedicts too? Well, to be honest, I think I like the concept and look of the dish more than the actual taste most of the time. But shhh… don’t tell anyone!

One thought on “Egg Yolk Waterfalls”