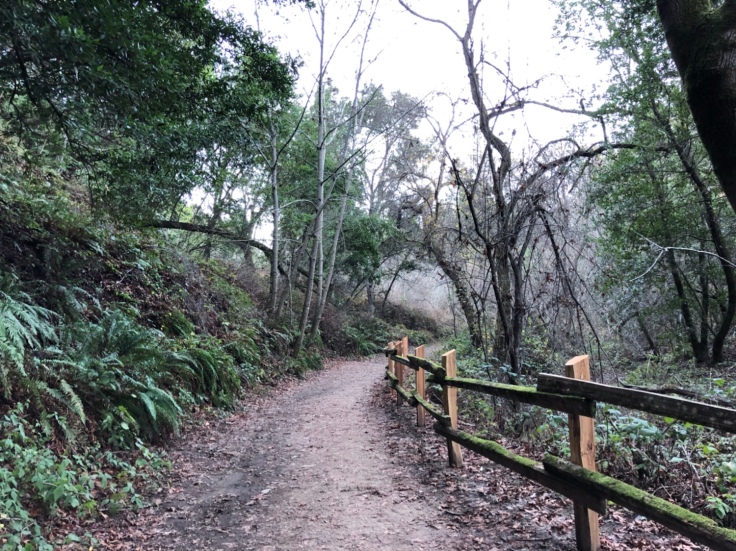 I can’t believe that there are only a few more days left of 2018. The past few days have found me wanting to finish the year strong. Is anyone else feeling that too? And as we head into the very last weekend, I have unfortunately also found myself unable to fall asleep. Which means it’s the perfect time to write a blog post as most of my published posts were written during my bouts of insomnia.

So how exactly am I filling up my last few days? It started Thursday with possibly my last climbing session. Then we went on a hike yesterday, something that we haven’t done in a while. It also doubled as a scouting session for potential engagement shoot spots. We ended the night by going out to a bar of dancing, which may be why I’m having trouble sleeping. (Although alcohol doesn’t usually give me insomnia. So it might be from the caffeinated tea that I drank in the afternoon.)

Today, we have meetings with a couple of potential DJ companies for our wedding. I was hoping to get one more climbing session in but we might be too sore and tired.

Then on Sunday we’re headed north to go through some of our old stuff so that my future in-laws can finally sell their house up there.

On New Year’s Eve, I have a lunch planned. But after that, we have several options that Simon doesn’t want to commit to yet. I guess he feels like we’ve done the same thing for several NYE and he wants to so something different. But to be honest, I’m happy doing the same thing as long as it doesn’t involve him falling asleep before midnight (which he’s done twice out of 8 or 9 NYE’s we’ve spent together).

I’m also trying to fit in one last book before 2019. I started Pet Cemetery by Stephen King on Thursday. That might have been a bad choice since it’s 561 pages and my days are pretty packed. Oh well, it doesn’t hurt to try.

That’s enough rambling from me for now. Time to attempt to sleep again. Happy New Years everyone!

Picture taken by me during our hike at Redwood Regional Park.